This piece was a pleasure to do for Tor.com. Such a great story 'King of Marbury' by Andrew Smith. 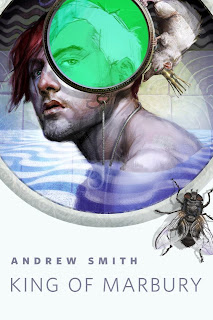 Often in my 'grown up' work I do more traditional Sci/fi Fantasy themes. But there is that inner fine artist in me from back in college (SCAD class of '94) that yearns for something more cerebral.  The guy who would do paintings inside of suitcases to symbolize 'moving on'. (And then write songs about them and perform them on crit day- but that is another story.)

This was such a well crafted, creepy-cool short story that it filled my head with images. In the beginning I tried to put everything in there including the kitchen sink. But thankfully AD of Awesome Irene Gallo, got me to focus. 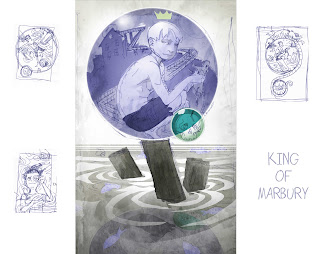 And this is the full piece prior to crop. Because it was for Tor.com, we had a ton of freedom. So I went with a circle. 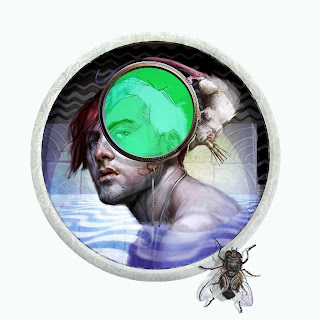 Some detail. I learned a lot painting that fly. Really enjoying texture brushes rather than smooth ones. I made a silhouette first then built him up. Things like the 'white' where the wings overlap the body were done by adjusting the 'spacing' in brush controls and making one sweeping stroke to get a line of highlights (rather than taking a small brush and painting each mark one at a time.) The rat has a bunch of 'grass' shaped brushes to make the fur. 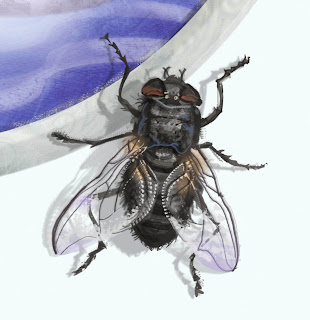 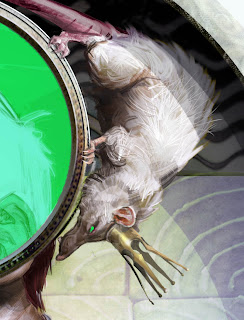